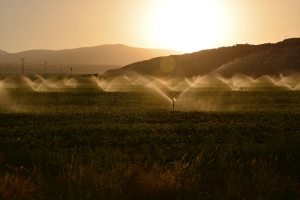 As we celebrate World Water Week (WWWeek), we are always reminded by the importance of water resources in our daily lives. According to the Government of the Netherlands, “water is key to the wellbeing and resilience of people, societies, and our global economy. Covid-19 has reminded us that water is at the heart of a range of key challenges.” The event, according to its website, has developed into the “world’s most influential, innovative, and dynamic movement focused on transforming global water challenges.” The decades’ long conference has been promoting the exchange of views, experiences, and practices between the scientific, business, policy, and civil society. This year’s event, which is called WWWeek At Home (www.worldwaterweek.org), is to bridge the gap between 2019 and 2021 and bring its convenor-hosted, virtual adaptation sessions on water and climate change online.

The WWWeek is an annual event organized by the Stockholm International Water Institute (https://www.siwi.org/) where they hold different sessions addressing a different wide range of world’s water, development, and sustainability issues. More than 3300 participants have attended the conference since 2017 featuring experts and representatives from different entities including business, governments, water management, and science sectors as well as non-governmental organisations, research, and training organisations. Since its inception, the conference has featured several plenary sessions and panel debates scientific workshops, poster exhibitions, and seminars.

The event on “Water Stewardship in Agriculture: Learnings from Implementing the AWS Standard” is based on the fact that agricultural supply chains are heavily reliant on water and face local challenges such as pollution, over-abstraction, and climate change.

The project entitled “Agrochemical remediation of farm soils by combining solarization and ozonation techniques” (LIFE-AgRemSO3il – LIFE17 ENV/ES/000203 or AGREMSOIL – https://agremso3il.eu/) creates a solution for one specific problem in agriculture. The concentrations of pesticides exceeding the regulatory level in Europe are often detected in groundwater underlying areas of intensive agriculture.

Pesticides are the only group of chemicals that are harming the environment, which aims to suppress plant and animal pests and to protect agricultural and industrial products. Environmental risks derived from such soil contamination include pesticide leaching and subsequent surface water and groundwater contamination, transport to the atmosphere, and even the presence of pesticide residues in untreated crops, such as organic crops, following the absorption of such residues by plants. Overall, intensive pesticide application often results in several negative effects in the environment that cannot be ignored.

Most studies that evaluate soil contamination in UE are centered in Persistent Organic Pollutants because of their long-term pollutant character. Residues or metabolites of pesticides such as DDTs, dieldrin, endosulfan or HCH and other organochlorine pesticides (OCP), all of them forbidden -some for decades- are still found nowadays in farm soils in Spain, France, Switzerland, Czech Republic, Germany, Syria, Mexico or Brazil. Two-thirds of the European agricultural soils may be contaminated with OCP, in line with similar studies in Asia and South America. The toxicity of these products means that farm soil remediation strategies are necessary to protect consumers from exposure to unacceptable levels of their residues in food and water.

The AGREMSOIL project is designed to achieve better soil management reducing pesticide contamination at the farm level. The project’s main target is how to solve the remediation of farm soils polluted with pesticides for years. The lack of a technology or method to degrade these residues in farm soils -not only in Europe- causes the impossibility of effective decontamination of such soils.  EU LIFE Programme is particularly interested in developing an innovative cost-effective solution,  which did not exist before, in supporting soil functions as part of the wider ecosystem: agriculture soil, groundwater, water flows, and the impact on food and feed products with their consequential effects on human health.

The AGREMSOIL project appears in the national newspaper “EL Pais”...
Scroll to top