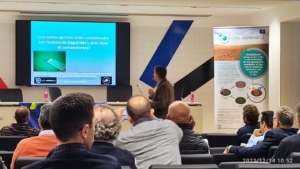 An event aimed at the transfer of the results obtained in the LIFE-AGREMSO3IL project (agrochemical remediation of farm soils by combining solarization and ozonation techniques) was held at the Scientific Park of University of Murcia on December 14th. The event was associated with the World Soil Day (#WorldSoilDay).

The loss of soil quality is a degradation process recognized as one of the most important global issues for food security and sustainability worldwide. World Soil Day 2022, promoted by FAO with the theme “Soils: Where Food Begins” was celebrated on December 5th to raise awareness of the importance of maintaining ecosystem health and human well-being byaddressing the growing challenges in soil management, increasing soil awareness and encouraging societies to improve soil health. 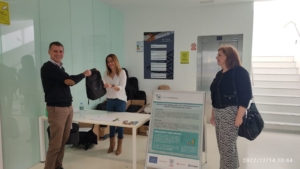 The results obtained over the course of the four years that the project has been up and running were made public. Other soil related projects – LIFE-GEOCARBON, EJP Soil SOMMIT and EJP Soil MINOTAUR – were also present to contribute their experience to the event. During the meeting, it was emphasized the great importance of generating and expanding the scientific knowledge since it will help us to implement all the practical actions necessary to ensure the protection of soils as well as the maintenance of food production and quality in the long term. 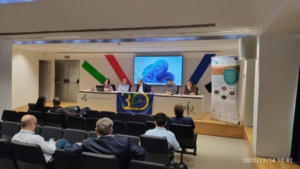 LIFE-AGREMSO3IL project, which is co-financed by the European Commission through the LIFE programme, began in July 2018 and is nearing conclusion on 31th December. The project is coordinated by the Instituto Murciano de Investigación y Desarrollo Agrario y Medioambiental (IMIDA) with the cooperation of the Centro de Edafología y Biología Aplicada del Segura (CEBAS-CSIC), Novedades Agrícolas, S.A. (NOVAGRIC) and IDConsortium, S. L., and has counted with the collaboration of the Expo-Águilas cooperative.