Blog - Latest News
You are here: Home / news agremsoil / LIFE AgRemSO3il Noticeboard has been installed outside one of the greenhouses...

The AgRemSO3il noticeboard has been installed outside one of the Finca Torreblanca greenhouses, where some of the implementation actions will be taking place for the following months to come.

The noticeboard was designed in a way that it can be moved easily from one place to another, so that stakeholders visiting the pilot site or going to the demonstration activities can understand what the AgRemSO3il project is about.

The noticeboard contains general information about the project, the starting and completion dates and a graphical representation of what the project’s technology will be performing in the soil. 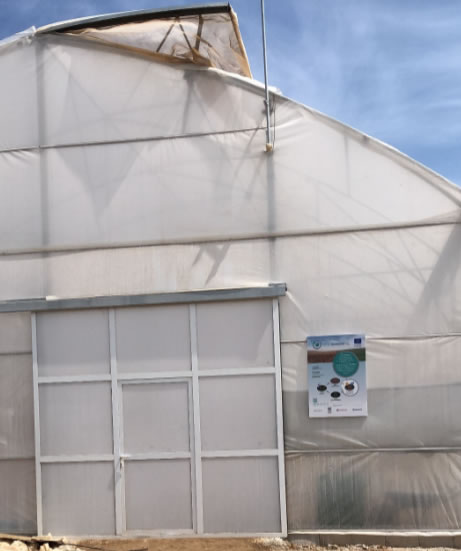